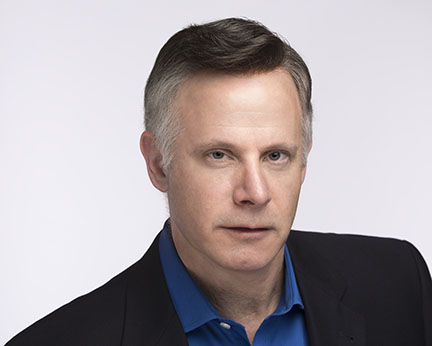 Brad Graber is an award-winning author who writes contemporary fiction about life, love, and friendship.

Insightful and witty, Graber challenges us to look beyond the surface, creating characters that inspire hope and connection.

Announcing: Boca by Moonlight
A Funeral. Three Friends. Starting Over.

George, a widower living on the grounds of the Boca Raton Resort & Club, attends a golf buddy’s funeral only to be commandeered into covering the expenses. Why did the golf buddy’s family fail to show for the funeral? Why did the check to the mortuary bounce? And what can George learn from his friend’s life to avoid making the same mistakes? From the award-winning author of The Intersect and After the Fall comes the story of a widower starting over. The choices he must make. The lessons he must learn. And the importance of friendship.

Announcing: What's That Growing in My Sour Cream?
Humorous Observations On a Modern Life

Brad’s latest book is here! A witty and insightful commentary on everyday life which he has shared with readers since the creation of his blog: There, I Said It! Learn why there’s always a fly in the deli. Why you and your spouse keep walking into each other. If the people on Facebook are really your friends. These are among the many topics Brad has covered over the years. You’re bound to recognize your own life in the over seventy humorous essays that comprise What’s That Growing in My Sour Cream?

A New Novel: After the Fall
“An emotional roller-coaster of a mystery packed with personality and charm.”

Rikki, a teenager being raised by her grandmother in Queens, has a secret. She can’t remember her mother. Whenever she asks Rita a question, the older woman falls apart and refuses to discuss the matter. Desperate to learn the truth, Rikki finds a hidden album with family photographs. Can the boy in the picture with her mother be a long lost uncle? Determined to unlock the mystery, she embarks on a journey from New York City to Toledo, then on to Detroit and Phoenix to meet Harry, a writer who is struggling with his own issues of identity.

From the award-winning writer of The Intersect, comes After the Fall, a fast-paced, engaging read, with twists and turns that will surely surprise. After the Fall: an emotional roller-coaster packed with personality and charm. Once you start the journey, you won’t be able to turn back.

Brad's Award-winning Novel: The Intersect
“The strongest link and most lasting connections are made among strangers.”

Set against Arizona’s political and cultural vortex at the start of 2010, The Intersect explores the issues of the day by weaving together the lives of disparate characters striving to survive in a world where the strongest link, and most lasting connection, is made among strangers.

When Dave and Charlie relocate from the Bay Area to Phoenix, tensions ratchet up in their relationship as Charlie insists on buying a house on the grounds of the Arizona Biltmore as Dave contemplates leaving his job. Daisy, a spry septuagenarian, shows up at their front door after a long convalescence, unaware that her greedy Michigan relatives, Jack and Enid, have already sold her home. Charlie assumes the older woman is Dave’s distant aunt and happily ushers her into a guest room. Meanwhile, across town, Anna, a gifted psychic who channels the dead, is concerned about her neighborhood. She hires a handyman to install motion-detectors, unaware that Ernie has entered the United States illegally from Mexico as a child. When Henry, a homeless gay teen attempts to rob Anna, Ernie intervenes and a melee ensues. The police mistakenly arrest Ernie, leading to his deportation.

And so begins The Intersect as relationships unravel, secrets are revealed, love blossoms and injustice leads to a thrilling climax.

Subscribe to my blog by signing up below! I’ll be upbeat and engaging. Light and fun. Thoughtful, playful and silly. And of course, sometimes dead serious. As if Dick Cavett and Erma Bombeck had a baby.
About | Books | News | Events | Contact  | Privacy Policy     Copyright Brad Graber 2022 - All Rights Reserved. Website Maintenance by Kahl Consultants.

Join Brad Graber’s community of fans and receive his
There, I Said It! blog updates.